Today is the 140th day of the new Dreamtime Telektonon Sequence which began on kin 164, Nov 4th 2017. Today is also Day 241 in the 19:19 Crystal Matrix, which is the day the 2 Crystal Archetypes of the magical matrix meet and become one. This auspicious synchronism commemorates the portal between the ascension of Valum Votan and the birth of Pakal Votan. A crystal time tunnel through which the Votan archetype was induced into a leap of cosmic faith down the tube of life through death. Much has already been said about this most mythic of phenomena.

To mark this point in the cosmic time line today I have been chosen to receive another transmission from the Telektonon Trinity beckoning me towards the decipherment of the birth kin of Queen Tzak’bu Ajaw, the noble wife and equal of King Pakal Votan. Queen Tz’akbu Ajaw, is the missing piece of the great prophetic jigsaw, because until now, the birthdate and kin of the one commonly known as the “Red Queen of Palenque” has been an enigma, for it is neither inscribed in stone, nor written in historical text. The multidimensional archetypal identity that would be unveiled by knowing Tz’akbu Ajaw’s birth date, has until now, been enshrouded in mystery, cryptically hidden in the Misty Dreamscapes of the Palenque Maya…

Could this decipherment be the final thread of the Great Tapestry of Telektonon ?

As the flash of revelation came to me I realised that in order to decipher the matriarchal aspects to this mystery, I would need to look again at the LOOP of Votan and the day that the two crystals of the 19:19 Crystal Matrix meet and become one.  Day 241 is a multidimensional phenomenon inscribed into the fabric of Space-Time-Prophecy. It is the unit that forged a time tunnel through which Votan made his leap of cosmic faith.

But how does this divine portal relate to the feminine side of this mystery ?  How can we use this formula to decipher the birth kin of Queen Tz’akbu Ajaw.

Well its a simple as this. In the Telektonon the protagonists of the prophetic myth are Pakal Votan and Bolon Ik, who, in the Dreamtime, were represented by Valum Votan and Bolon Ik, Jose and Lloydine Arguelles respectively. As such, one would think that the same formula demonstrated through Day 241, where the ascension of Valum Votan, aligns with the birth of Pakal Votan, should equally apply to the ascension of Lloydine (Bolon Ik) aligning with the birth of Tz’akbu Ajaw ? Those amongst us who respect the role fulfilled by Lloydine (Bolon Ik), as equal to that of Jose (Valum Votan), will find it easy to agree that just as Jose could make his own, patriarchal leap of ascension through the fabric of space-time-prophecy to be “born again” as Pakal, so too would Lloydine Bolon Ik be able to make her own matriarchal journey back to her original archetypal emanation, as Queen Tz’akbu Ajaw, through the same prophetic “loop hole”.

And this is how she done it !

Lloydine (Bolon Ik) ascended on Gregorian date May 16th, 2014, Day 295 in the 19:19 Crystal Matrix. May 16th 1994 is, as we have already demonstrated, the date that the Tomb of the Red Queen was pierced open. It was the day that the modern prophecy of this mysterious queen was truly discovered. On this day the stagnant air that had surrounded the tomb of Tzak’bu for more than 1322 years, came into contact with the winds of Palenque. This is the day the prophecy of the Queen was truly initiated in the Dreamtime.

But how does May 16th relate to the birth of Tz’akbu Ajaw ?

Recent DNA tests on the bones of the body found in the “Tomb of the Red Queen” have indicated that Tz’akbu Ajaw died at an age of roughly 60 years. Considering her ascension death date is inscribed in the tablets of the Temple of the Inscriptions as Nov 14th, 672, LC kin 18, this would point to her birth year being 612AD. Applying the same Day 241 Loop formula of Valum Votan & Pakal Votan to Bolon Ik & Tz’akbu, and by respecting that the age of the bones (approx 60 years) to be correct. This would imply her Gregorian birth date would be May 16th, 612AD.

Pakal was born on Day 241 correlating to LC kin 59, but was crowned LC Kin 60, Vaxac Ajaw for it was common for future kings or noblemen to take the closest “Ajaw” date. With this same theoretical formula, we can demonstrate that Tz’akbu was born on May 16th, kin 21, but was crowned as the feminine lineage holder of Bolon Ik, kin 22 the following morning.

I suggest at this point that you re familiarise yourself with the mechanics of the Deciphering the Riddle of the Votan, and especially of the +1 Tube factor.

This would define the recognised birth kin of Queen Tz’akbu Ajaw, the Rainbow Queen of Palenque, to be LC kin 22, Bolon Ik, therefore personally representing her own cosmic principle in the Realtime, as she did so perfectly in the Dreamtime!

Through the crystal lens of the 19:19 Matrix, May 16th, Day 295 is therefore as divinely important as March 23rd, Day 241, as it truly encapsulates another the piercing of the archetypal veil, only this time it represents the matriarchal lineage of this mystery.

When Lady Ix Tz’akbu Ajaw arrived to Palenque, she arrived more than a mere wife for the King. She arrived as an equal, as the Divine Lady of the Succession, as the Sacred Beholder of the Lineage of Bolon Ik. She was born for the role. She was the Mother of the Realtime Dynasty, just as she was the Mother of the Dreamtime prophecy, gracefully representing the Bolon Ik principle to highest of prophetic degree.

This is the Perfection of the Divine Order Teaching Peace 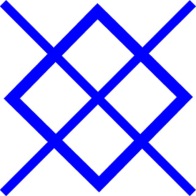 3 thoughts on “The Telektonon Trinity : Part 6D Transmission 2, The Perfection of the Divine Order Teaches Peace”