You are cordially invited to join us in the mythical landscape of Avebury for the New Earth Wizards International Conference and Day Out of Time Celebration: Unveiling the Ancient-Future Mysteries of the Dimensional Shift. During the conference I will be presenting, in the highest resolution, the connection between the Temple of Avebury, the 19:19 Crystal Matrix and the OMG33 – a trinity of living gnosis that form the foundation of the Original Matrix. As will be demonstrated during the gathering, OMA is the Original Matrix of Avebury.

In the 13 Moon Dreamspell count, the New Earth Wizards Conference will complete a 13 year cycle which began on July 26th 2006, Kin 209 Red Magnetic Moon, and will conclude on July 25th 2019, Kin 13 Red Cosmic Skywalker (13.13). Ironically, the exact midpoint of this perfect ‘wavespell of years’ is January 24th 2013, Dreamspell Kin 241, which is the birthday of Jose Arguelles’ (Valum Votan). Kin 241 was his destiny kin as he made his soul journey into the Dimensional Shift 2013. Synchronically, his ascension would also be through Unit 241 (v13.13) of the 19:19 Crystal Matrix, the same as the birthdate of Pakal Votan.

New Earth Wizards 2019 will also mark 3 years since the first edition of the event in 2016 which was organised as a ground zero launchpad for the 19:19 Crystal Matrix book within which the new dispensation of the multidimensional codes of the 19:19 and the OMG33 were first published. By divine command (and an intense last minute rush!) the first edition of the book arrived to our hands on the morning of the opening day of the Day gathering on July 25th, 2016, kin 218, White Planetary Mirror. On this same day we created a meditation circle in the centre of the Southern Ring of the Avebury Temple. The intention was to anchor the Dreamspell and the Universal Revelation of the Crystal Matrix to its Original Matrix of 33. In the centre of our sacred circle we placed the Dreamspell, the 19:19 Crystal Matrix, a replica of the sarcophagus lid of Pakal, 33 Quartz Crystals from Wales and 33 Acacia Seeds from the Temple of Kukulkan, Chichen Itza. For 19 minutes we meditated and chanted in angelic tongues to Awaken the Temple to receive the gift of the Crystal Matrix and fuse the Prophecy of the Galactic Maya to its Original Matrix of 33.

Kin 218 is the Dreamspell kin that marked the lifting of Pakal Votan’s sarcophagus lid, and further blessings from the divine synchronic order came on this day as archeologists from Palenque published news of the discovery of nine sacred water channels under the tomb of Pakals Temple of the  Inscriptions. These nine water channels are a clear reference to the nine levels of the Underworld, which are mirrored in the nine levels of Pakal’s Pyramid Temple of the Inscriptions, which are modelled in the 1330 year cubic construction of the 19:19 Crystal Matrix Pyramid Hologram. We stood in awe as we witnessed deeper layers of this multidimensional prophecy unveiling themselves in perfect time and space. Like a message from beyond the tomb! We can envisage Pakals journey through the Underworld as his ascension through the 9 levels of the Pyramid Hologram back to his Original Matrix. A journey that he and his wife and equal Tz’akbu Ajaw completed in perfect unison. This is a key aspect to understanding OMA.

The following day, July 26th, 2016, to begin the Spectral Storm Year kin 219 (code 19.11), the Crystal Initiates who attended the gathering performed the sacred walk of 1089 steps around the outer ring of the Temple, activating and honouring each of the original 99 Stones. I lead the sacred walk and planted the 33 Acacia Seeds that we had gathered from the Land of the Maya, and the 33 quartz crystals handpicked from Land of Merlin in the 33 Power Points of the Original Matrix of Avebury. As we will demonstrate once again in the New Earth Wizards Conference, the 1089 steps of outer ring of Avebury Stone Circle are the 1089 units of the Original Matrix of Gar OMG33.

In the outer ring stand 99 stones, with 11 steps between their thrones

For every stride or leap you take, a sleeping wizard will awaken,

In runes you count the steps aways, the names of each you ought to say,

On each third of stones you can proclaim, oh my Gar you’ve done it again!

Ninety-nine stones times by eleven steps are equal to thirty-three times thirty-three. 33 x 33 = 1089. The Sacred Stone Temple of Avebury is built to the harmonic codes of the Original Matrix of Gar. It is a Square Grid of 33 x 33 mirrored in circular form in Avebury. A sacred and magical labyrinth. Through the ritual walk of OMA, we square the circle and we cube the sphere. The OMG33 is a Runic Matrix that functions with the Futhark Sequence of 33 Runes. The thirty-third of which is the Rune Gar, which is the same mysterious rune that sits in the centre point of the 19:19 Crystal Matrix. Through this realisation we attain a whole NEW way to interpret the transmission code of GM108X. 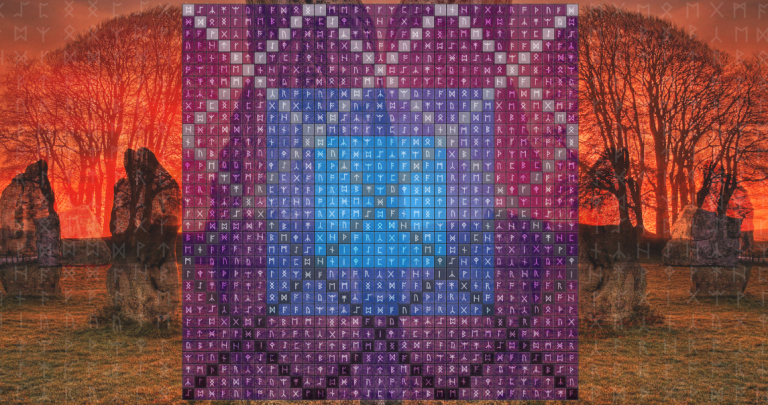 A response to our invocation was received on June 29, 2017, 339 days after our gathering in the Temple, when archeologists from the Universities of Leicester & Southampton published a report announcing the exciting discovery of a ‘stone square’ situated inside the Southern Inner Circle. The exact same spot that we made the sacred invocation. The stone square is thought to be the foundations of an Original Temple construction that existed hundreds of years before the henge, outer ring and inner rings were even built. It is believed to have been the centre point of the megalithic project and probably where the architects designed and orchestrated the entire project. Ground Zero ! Situated below the surface are the First Stones of the Original Matrix! The dimensions of the ‘stone square’ are directly proportional to the OMG Hyper Matrix (more about that in the conference). The same spot has been honoured by Earth Wizards and Druids for millennia. Our prayers and conscious magic were felt deeply in the Crystal Core of the Earth, the geomantic ripples of it penetrated Pakal’s Temple of the Inscriptions and fused it to the Temple of Avebury, bringing a deeper and more profound meaning to this unfolding prophetic storyline.

After many years studying this matrix system and following its divine pattern, consciously fusing it with the 19:19 Crystal Matrix and the Dreamspell, many more synchronic codes and meanings have been transmitted from the source. Each code is a missing piece of the universal jigsaw. Each revelation is a unique thread in the great tapestry of cosmic love. The higher picture is becoming crystal clear and during New Earth Wizards we’ll get to experience and discover all the divine synchronic codes and toolsets that constitute OMA. The codes prove an undeniable link to the life paths of the Valum Votan and Bolon Ik and their Magical Mystery Realtime-Dreamtime Telektonon tour through space, time and prophecy. A journey who’s ultimate teaching is that you can only Attain the Original Matrix when the Original Matriarch is Affirmed. This is the affirmation of the New Earth Wizards.

We honour the matrix from whence we came.

See you in OMA – The Original Matrix of Avebury 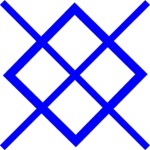